A downloadable ​Don't Let Me Die for Windows

We definitely need more feedbacks to improve this project eventually
so feel free to share your thoughts!


You, as a player, are facing a character stuck inside a strange structure.
Help him escape!
When not in control of the character, use the neon lights to communicate.


Don't Let Me Die (and retry) is an interactive experience breaking the fourth wall. The main character is aware of the player's presence behind the screen. He also remembers each and every one of his deaths, and most of all he needs your help to escape the game space he's trapped in.

Just decompress and launch the .exe

Better with an Xbox controller.
If you don't have any: WASD/ZQSD to move, E to interact.

I would love to play this game, but sadly I have the same problem, as some of the players here: the character no-clips (Win 7). And I can't find any info about this game, so I suppose that developers abandoned it. Which is also very sad((

I love this concept, and I want to see more, but I don't know how. I think you created a really interesting dynamic by making this self-aware game character and actually putting the player into the game as well. The ending gave me an idea: Instead of continuing to help the character we started with, what if the player (as a character) is just as trapped in this place as the other character? Like the end of this portion was the player jumping to another avatar so that we can escape by selfishly throwing others to their deaths?

I really enjoy game concepts like this. It would be fantastic to see you expand upond this idea. It'd also be a great idea to find a way to make it so you can make the protagonist not die throughout the game and add an additional alternate ending to your story for any player that manages it. I think this would be a great full scale game if given some polish and continued. Would love to see a full story.

You can watch my experience and some of my shared thoughts here:

I had a lot of fun playing this game. I was confused and was like WTF at some times. I would really of loved to have the game a little bit longer. Felt like it just cut off

This game is really fun to play. Love the humour in it but really wish it was longer. Great job developers but please MAKE IT LONGER or make a new game with this humour.

WALKED RIGHT INTO THAT! | Don't Let Me Die (and retry)

this game was just awesome! :D really loved the whole feel of this and the little things that were added like sarcasm XD great job on creating this game :D
Reply
Buttercheeks4 years ago

Awesome game I look forward to it getting farther.  Games that offer a very big decision on morality is really cool and interesting.  Got a scare out of me too so thanks for that!

A really fun game.We had a few good laughs.

An original idea that is for sure. We enjoyed it very much.

We made a short video while playing:

Keep up the good work!!
Reply
Destroy All Buttons YT4 years ago

How do u actually play? cuz my guy keeps no-clipping when i press the open sign and then he can't move

We play with a mouse and keyboard on WIN 10 and everything worked fine.

All my guy does and float around with his hands in the air to the side.  I can't interact with anything either.  All I can do is roam the room.

This was really quite funny and I like the idea you went for. I could've played a full game like this!  https://youtu.be/x-YAv-6WQVM

Controls were a little fiddly without a controller but it was a really neat concept, would be interested in seeing it developed further. Good stuff.

Hello everyone my name is Slester, so i played the game and i like the concept. So there is not much to say yet, so here is my gameplay hope you enjoy it!

I love games that breaks the fourth wall. I can't wait for more to come out! :) I had some problems in the beginning when I first started it but a reboot of the game and it worked fine.

https://www.youtube.com/watch?v=4l6HN7U5K-A here is my part 1 gameplay of your game! I think its very cool! Come check out other videos I made, I am a lot of fun! :D

Very interesting game! That monster was something that was pulled straight out of hell ! It wasn't the scariest game I've played, but it was refreshing to see something new. The fourth wall breaks, and the 3rd person camera made this a game into something I will not easily forget. In it's current build, the game is very short, but as you continue the development cycle, I'm sure that you will make an amazing game! I will be looking forward to the final release!

One more thing! DO NOT PRESS "Y" on the keyboard. The camera goes absolutely ape shit! Anyways, here's my playthrough if anyone is interested:

This is a weird and interesting game. The graphics are basic yet decent for the world being portrayed. The atmosphere is well done and the writing is pretty good. My favorite thing of this game is its main aspect. The fact that your character breaks the fourth wall constantly, begging you for help is both weird and funny to me. I've never played a game where the character not only talks to you directly, but also remembers where they may have meet a grisly fate. I think I had more fun listening to the character complain about dying and how I was the one who caused it. Not only that the controls shift slightly in the sense that you go from freely controlling your in game character. To simply using arrows to maneuver him through areas. All in all for a simple "alpha" demo, this was pretty cool and I can't wait to see the full release when its done. I did a video on my experience with the demo if anyone is interested.

I'm from Fireplace, the team behind Oneiros. I've just given a shot to your game, I really dig the idea! Unfortunately, the controls tend to stop working in many occasions and I have to reboot the game everytime it happens. From what I've seen, it seems to be when I try to make the character push a button if he is too far from it. Well, if I pay attention to it I can manage to continue, but I am stuck at the first appearance of the monster (when it kills the character off camera), because at respawn the controls stop working again :(.

While I am at it, I've been a bit disappointed that the character doesn't react when it sees its own corpse. Great voice acting though :)!

Let me know when it will be corrected (or if it is just something I didn't understand ^^'), I'm really looking forward to playing what is still to come!

I think the bug not allowing you to move is now corrected!

Also, the character should react to the first time he sees his body, it's weird he didn't.

Thanks a lot for the feedback!

Hey! I've done it again, now I've able to finish it and it was worth it (even if you creeped the hell out of me with that monster)! You did improve it a lot since last time, right? Great job, once again. I'd like to say "too short!" but I can't stand scary games so I was actually glad reaching the end of it ^^'.

Here are some other problems I went through:

-In the blue room, sound volume started to decrease more and more until I couldn't hear anything. I don't know what's the cause, but I believe it's because I tried to trigger a neon I already had activated earlier.

-The monster disappeared after it killed me multiple times, is it normal?

-The first time I unlocked the final door, the camera got stuck on the avatar's head, like if I was on first person. I could then move again by using the keyboard but couldn't do anything by clicking (what seemed to be normal, from what I understood from my second playthrough), but the left and right keys were swapped.

And that's it, I guess! As I said earlier, I enjoyed the experience, even if I usually don't like this kind of game (for the creepy aspect I mean, 4th-wall-breaking's always fun when nicely done as you did :)), but I feel like there is a little lack of feedbacks (for example, with the last problem I pointed out). It seems that you already started to correct it though.

Anyway, I hope to hear about you again :)!

Thanks for playing the game again :D We did have a lot of work done since last time ;) still some bugs to fix though, and the camera issue you got is definitely one of them. We weren't aware of the audio problem you're mentionning so we will look into that!

This version of the game has the monster disappear after it kills you four times (it was presented to our school jury and so we needed them to be able to finish the game in a limited amount of time) We'll definitely release a version where it doesn't disappear soon :)

Thanks again for your feedback!

What do we do if the character no-clips and then gets stuck when we click on the sign?

Great game actually! The neon lights system is pretty cool and smart. I didn't feel any tension with the character though, maybe he should disagree, be afraid or get angry. English at least plz :)

The level design is pretty cool also, with a good pace: some irony in the beginning, rotating things, a puzzle on several walls and this awesome part where you can see your objectives as well as the monster. Had some funny moments (and some issues with the camera). I hope the monster's gonna be improved though (animation and rounds) :) And why not two of them? :D

Also, maybe some corridors are too squarish and empty but I think you guys already planned to make it more lively. As for the artistic direction, go get to the bottom of it! :)
Nice demo version, pretty clean! Well done.

Great ideas, still time to fix a few things and create some others. Looking forward to playing the full version!

Thank you so much for the feedback, this is super helpful to us! :)

There are a few things we already improved compared to the version uploaded here, the squarish corridors will definitely be gone soon :p We're also working on the monster's AI, the lghting and textures, we're recording new dialogues and solving aaaall the bugs as well. English subtitles will be there real soon as well! :)

Thanks again for the feedback! 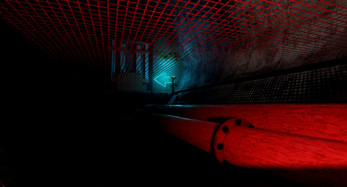 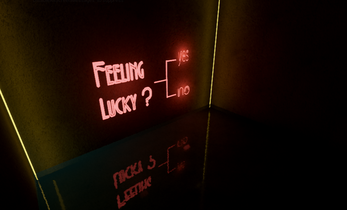 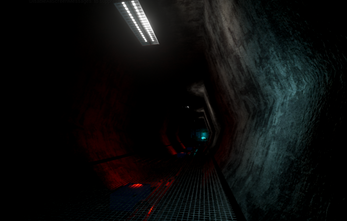 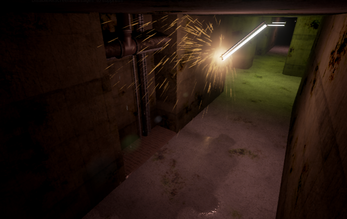 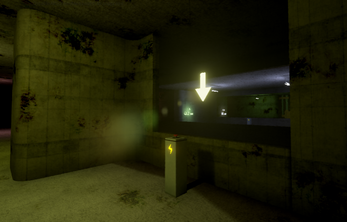 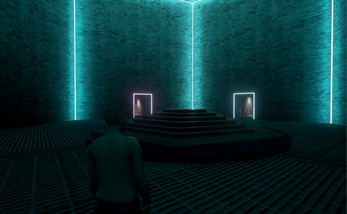 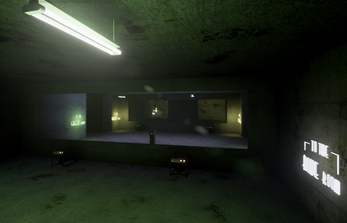